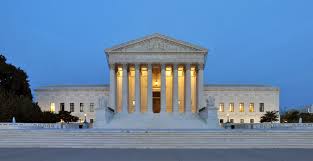 On June 26, 2018, the Supreme Court of the United States upheld the latest version of the Trump travel ban, also known as travel ban 3.0. On a 5-4 ruling, with chief Justice John Roberts siding with conservative majority, the newly revised iteration of Trump’s original travel ban bars people from Libya, Syria, Iran, Yemen, and Somalia as well as certain people from Venezuela and North Korea from entering the United States. Chief Justice John Roberts claimed that Trump’s “Proclamation is squarely within the scope of presidential authority."

The new travel ban faces criticism from certain states and people. The state of Hawaii, since the first travel ban, has tried to overrule the ban, citing that Trump’s authority to conduct such a ban exceeds a President’s power under immigration law and the constitution. The state of Hawaii and many other American people deem the ban to be a continuation of Trump’s racist attitudes towards certain religious groups, citing his December 2015 campaign comments about banning travel to America from Muslim-majority countries. Amongst the 4 Supreme Court Justices who went against majority ruling of the ban, Justice Sonia Sotomayor also claims that the President was motivated to conduct such a ban due to anti-Muslim animosity. Federal appeals court in Virginia and California overturned Trump’s decisions concerning the ban and the San Francisco 9th district court claimed that the President had gone above the limits of his authority.

Counters present that Trump’s idea of a travel ban is not new in recent American history. Presidents such as Jimmy Carter, Ronald Reagan, and Barack Obama have used their presidential authority to block refugees and diplomats from Iran, Cuba, and North Korea. The current White House administration states that the travel ban is not in place due to religious antagonism, but for national security. The 1952 Immigration and Nationality Act, passed in the midst of the Cold War, states in part:

Stephen Vladeck, Supreme Court analyst, claims that the travel ban 3.0 is revised with changes that reciprocate with certain lower court ruling that caused the first two Trump travel bans to be considered unconstitutional. For the sake of upholding the standards of the ban on the basis of national security, Chad has been removed from the list on the latest Trump travel ban as the current administration believes that the country meets certain security standards for its people to enter the United States.

The End of Title 42: Opening Doors to Immigrants